What to see and do in Sóller and the history behind this northern Mallorcan town. Oranges, corsairs and Art Nouveau - read on!
Back to plans

Sóller is known as one of the most beautiful villages of Mallorca. It is located on the northwest coast of the island, surrounded by the Sierra de Tramontana and by what was for centuries its only entrance: the Mediterranean Sea. It is precisely the fact that it was isolated until relatively recently that makes Sóller a unique village in Mallorca with its own traditions, customs and gastronomy. For a time, Sóller was better connected to Marseille than to the rest of the island.

The Arabs called this place Sulyar (golden valley) because of its good olive oil. They brought much of the agriculture and endowed this basin with terraces and irrigation channels that still irrigate its orchards.

Sóller is something apart within Mallorca and was almost always difficult to access, which is why it took Jaume I a year to conquer it in 1213.

Although bitter oranges had already existed since Muslim times, it was through the Silk Route and in the 16th century that the sweet orange trees from India were planted in Sóller, which became the basis of its wealth over the centuries.

Every year in Sóller and Port de Sóller they commemorate the invasion of the Algerian corsairs on 11th May 1561, who tried to attack Mallorca but were repelled by the Sollerics. This is why some houses are decorated with Moorish and Christian flags.

Everyone knows when the orange blight happened. It was in 1865. It left the people of Sóller ruined and made them emigrate until they returned to build Modernist mansions and Indian estates and continue trading with Marseilles.

Designed by Pere Garau, the Palma-Sóller railway line was completed in 1912 and a year later the tramway was built, almost touching the chairs on the terraces, the route to Port de Sóller.

In 1997, the road tunnel under the Sierra de la Alfabia was completed.

What to see in Sóller

In Sóller the buildings are less made of sandstone and more of gray limestone. It has a different style to the rest of the island. A must-see when strolling around Sóller you will find:

Sóller Station: In the Plaza de España is the oldest building in the world containing a station. When the Palma-Sóller line was completed in 1912, this old mansion was taken over and modernist decorations were added to it. The engineer Pere Garau was responsible for this famous narrow-gauge line that is still used every day by tourists who admire the route between mountains and orchards from its century-old wooden carriages. From a year later it is the tram that takes you from this point to Port de Sóller.

Church of Sant Bartolomé and Banco de Sóller: In the Plaza de la Constitución we see the church of the patron saint of Sóller, with a Baroque structure and a modernist façade in grey stone, as well as the adjacent Banco de Sóller. Both were designed by Joan Rubió Bellver, a disciple of Gaudí.

Can Prunera: At Carrer de Sa Lluna 90 we have this modernist house, also built by Joan Rubió, which is a living museum of Art Nouveau brought from France. It consists of a perfectly preserved furniture among which stands out its helicoidal staircase. It belonged to Joan Magraner Oliver, one of the emigrants who returned to Sóller enriched and who was also known by his alias Joan Prunera.

It is worth walking along the Carrer de Sa Lluna, the town’s commercial axis, and take a look at the other medieval, regionalist and modernist houses: Casa de Sa Lluna, Can Prohom, Ca la Nena…

La Gran Vía: This is Sóller’s main thoroughfare, where you can enjoy a variety of buildings in different styles, the result of the return of wealthy expatriates. Modernist railings with floral ornamentation, colonial estates or the coat of arms with an angel of Can Magraner at number 9 on this road.

Port de Sóller: About 3 km from Sóller is the most important natural harbour of the north coast of Mallorca. Full of restaurants and boats, it is a beautiful promenade where you can enjoy the best sunsets on the island. Or walk up the windy streets of the old fishing quarter, or reach the Torre Picada which has watched over the port since 1622. When enemies were sighted from this tower, a fire was lit for each ship, and this signal went from tower to tower until it reached the Angel Tower in Palma.

Things to do in Sóller

How to get to Sóller

From Palma we take the Ma-11 road towards Sóller for 23 km. To get to Puerto de Sóller we only have to follow the same road for 3km.

If you prefer, you can also park your car in Sóller and take the tram there and back to visit the Port of Sóller.

Unlike most municipalities in Mallorca, in Sóller electric cars also pay ORA.

Best places to eat in Sóller

Hotel La Vila: In the Plaza de la Constitución in Sóller is the ideal place to eat in an authentic Art Noveau hotel from 1904, perfectly preserved in its structure and decoration, both inside and in its garden or on its terrace. Mediterranean food.

Restaurant Dalt Des Coll: on the old road to Sóller, at the highest point of the mountain pass, is this cosy restaurant with unique views of the plain of Mallorca. High-quality cuisine, affordable prices and a meticulous presentation.

Sa Figuera Restaurant: In the gardens of the Hotel Es Port in the Port of Sóller, international cuisine with a Mallorcan accent from local chef Xisco Arbona.

Patiki Beach: chic beachfront beach bar with a carefully selected menu of fresh, local produce, ideal for visiting with friends or as a couple.

Things to do in Mallorca 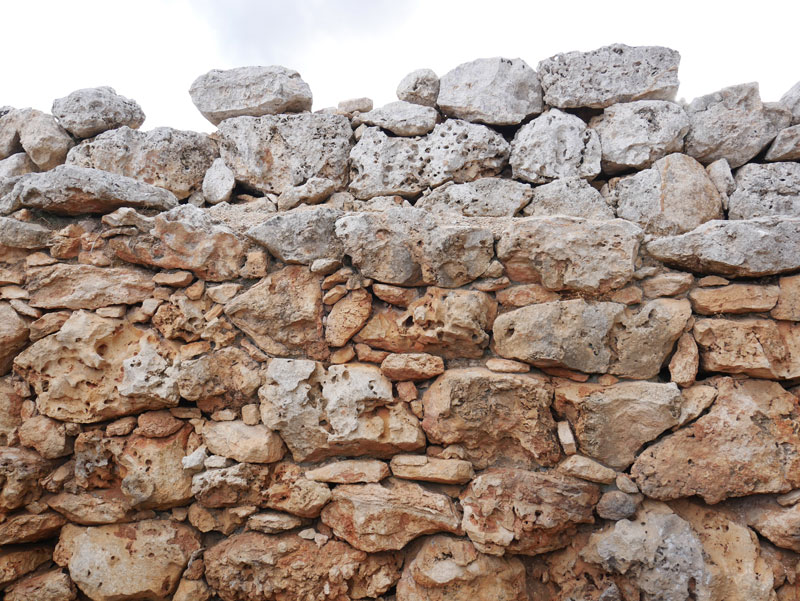 We approach the Capocorb Vell talayot, one of the most important and best-preserved talayotic settlements in Mallorca from the Iron Age. 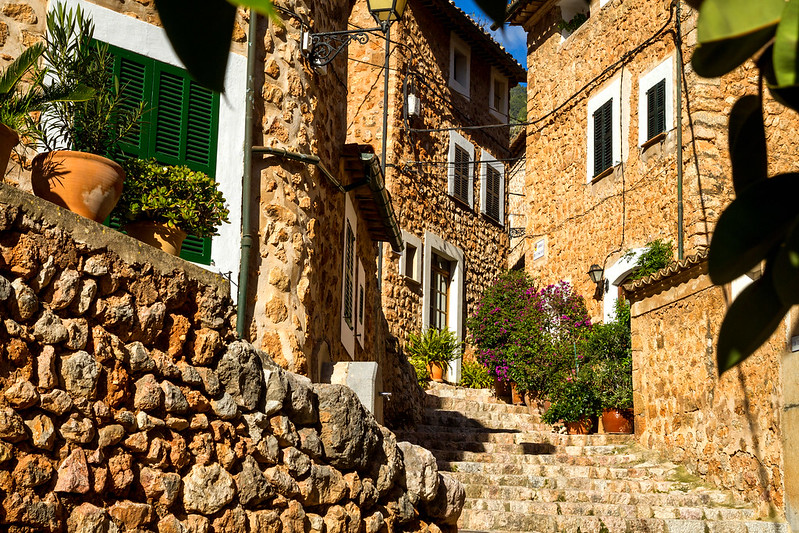 A stroll through Fornalutx in the Sierra de Tramontana, recognised as one of the most beautiful villages in Spain. 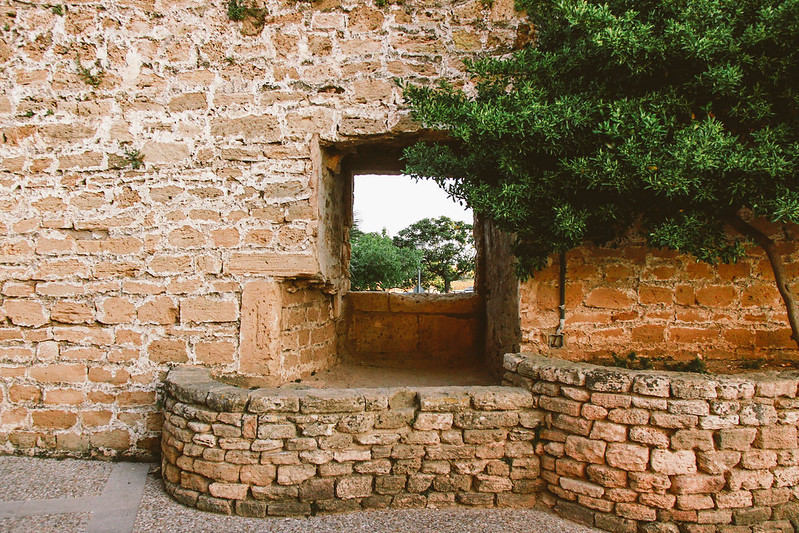 A stroll through Alcudia, in the north of the island, famous for its beaches and the medieval walls surrounding the old town.